Have you ever asked yourself Who is The Owner of Roban Stores? You have been eating and enjoying the delicious bread and meat pie of this popular company, Roban Stores and Hotel?

But have you ever thought of knowing who the actual owner of this wonderfully thriving company is?

Well, you might be excited and want to know not just about the Roban company but also know the brief history of the Roban Store Owner.

Although some of you might be hearing about Roban Hotel for the first time, this is real. The Roban Store Owner also owns a Hotel known as Roban Hotel.

However, one of the Roban Store Owner’s hotels is located at 11 Ukwa Street, Asata 400102, Enugu State. You visit the hotel and enjoy some of their products and services.

Who is The Owner of Roban stores – Portfolio Overview

Who is The Owner of Roban Stores below is just a brief and core information you need to know regarding the founder and Roban Store Owner.

Roban Stores and Hotels whose founder and Chief Executive Officer Sir Robert O. Anwatu is gaining the attention of customers in the southeastern region of the country.

The man is mentioned among the richest and billion in southeastern Nigeria. He found the Roban Stores and Roban Hotels in 1999.

Sir Robert O. Anwatu started his business shortly after his Nation Youth Service Corps (NYSC) which he served in Benin.

He started with his first Gift Store which he named Robnat Gift in 1985. After a while, the shop started thriving his business is going well and in 1987 the store Robnat Gifgt was changed to Ultimate Gift Limited.

Meanwhile, the company finally got its recent and modern name shortly after it was finally moved to Enugu in 1990 and in 1999 the company’s name was changed from Ultimate Gift to Roban Stores. Roban stores are actually grocery shops that sell a variety of products.

Before he began the journey of his own company, Sir Robert O. Anwatu worked at the Barclays Bank now known as Union Bank from 1976 to 1977.

Sir Robert O. Anwatu also worked in a certified public accounting entity in little rock, Arkansas (Charles Cole and Co. from 1982 to 1983). He is a knight of Good Shepherd, He is also a former member state advisory committee, the local economic empowerment program (LEEMP) in Enugu State.

Who is The Owner of Roban Stores – Sir Robert O. Anwatu is an Ex-president of the Chamber of Commerce and Rotary Club of New Haven Enugu State. He also obtains his degrees on BSc. & MSc. In accountancy from the University of Arkansas.

That’s it for now. These are the vital public portfolios or information we know about regarding the Owner of Roban Stores and Roban Hotels.

Meanwhile, if you wish to work in any of the company’s firms, there is a current Roban Store Recruit that is ongoing. If you are interested you can click the link above to apply for a job position in the company.

If you find this information helpful or satisfying or you have any questions for us please do so in the comment section below. Also, visit our web page Paygoworld for more information.

Who is The Owner of Roban stores?

The official Founder and CEO of Roban Stores and Roban Hotels is Sir, Robert O. Anwuta

Does Roban Have a Hotel?

Yes, Roban also have a hotel in Enugu known as Roban Hotels

When was Roban Founded? 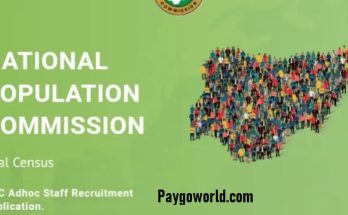 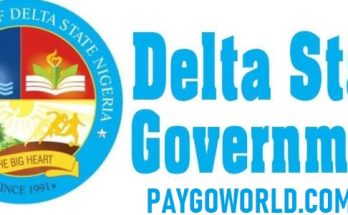